The royal castle of Amboise 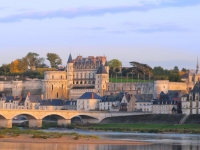 At the dawn of the Renaissance, the mighty medieval fortress of Amboise gives way to a royal residence during the reigns of King Charles VIII of France and François Ist. The Court, numbers of scholars and European artists stayed there at the invitation of the sovereign to the example of Leonardo da Vinci, which is based in the Chapel of the Castle. Each visitor route carries an unusual look at this landmark in the history of France: its political and artistic European Renaissance, the intimate moments of life of the sovereigns of everyday life and the scenes of the Court.

The Royal Castle of Amboise has an exceptional collection of Gothic and Renaissance furniture that reflects the artistic refinement of the early French Renaissance. After visiting the royal apartments of the towers and bridleways, the walk continues in beautiful gardens that offer panoramic one of the most remarkable views of the Loire Valley, World Heritage Site by Unesco.

During this walk through the gardens you will see the private chapel of the sovereign: the Chapel of St. Hubert. On entering the chapel your steps will lead you to the grave of the famous Leonardo da Vinci lived in Amboise at the invitation of King of France. He is buried there in 1519 according to his will. 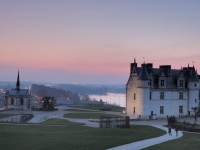 Center of power at the beginning of the Renaissance, Amboise is the kindergarten of princes and princesses of France !