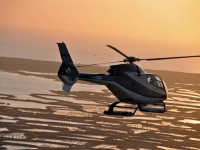 In some figures, the salt marshes cover an area of ​​2000 hectares divided into two zones, one around the Croisic (the largest) that spans the towns of Batz, Guerande and La Turballe. The other area is located beyond the hill Guerande. Classified since 1996, the salt marshes are a remarkable World Heritage Site.

The current technique of exploitation of the salt marshes is before the 9th century. The creation of salt spread over several centuries. Around the year 1500, the marshes reached 80% of the surface current. Between 1560 and 1660 through the development of maritime trade, 2500 crystallizers (basin of harvest) are constructed. The last saline were built around 1800. But a gradual abandonment began in the mid 19th century face competition salt mine, to lower dietary salt as a preservative and to improve transportation by land.

On a constantly changing market and competitive environment in a more aggressive, the trade of salt must meet every day with the new requirements of customers and consumers. 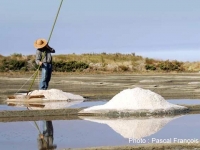 Product families: The sea salt “The Guérandais” harvested by the salt can take different forms: coarse salt, recognizable by its large gray crystals, the salt, also called ground salt that can be found flavored with herbs , seaweed and vegetables and delicate fleur de sel, the “caviar of the marshes”.

The salt is naturally gray and guaranteed unwashed, unrefined and without additives. Rich in magnesium and trace elements, coarse salt can be used for cooking your dishes (pasta, broth, and grilled)

The salt of Guerande is an unrefined product, just dried and ground. Rich in magnesium and trace elements it is ideal for all uses in the kitchen. It was developed with three delicate flavors: herbs, seaweed and vegetables.

The flower of sea salt is harvested gently using a traditional method in water harvesting ponds by the salt of Guerande. Sea salt is naturally white, rare. Unground, unwashed, its crystals preserve their natural wealth of trace elements. The incomparable taste of salt from Guerande The Guérandais is particularly prized by cooks.